One of my very favorite people is coming to D.C. this weekend! Whenever I visit her in New York, she treats me to the most amazing culinary and culture tours. Whenever she comes to visit me, I work her like a slave redesigning my website, critiquing my work and such. Then I offer her meat-laden meals in exchange...forgetting that she's a vegetarian. So while she did promise to help me with one itsy bitsy little project (thankyouthankyouthankyou), I'm determined to be a far better friend this weekend. Any suggestions for favorite herbivore-friendly restaurants in DC would be greatly appreciated!
Happy Weekend Friends!
Posted by nicole at 9:43 AM 3 comments:

It's everywhere!
Nature is incredible!
P.S.-- Here is my friend and model for the Chevy Chase Day painting demonstration with her quick portrait sketch. 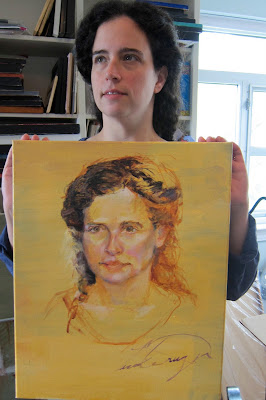 Thank you, Eden!
Posted by nicole at 5:00 AM No comments:

As promised, here are a few thoughts on D.C.'s (e)merge art fair held this past weekend at the Capital Skyline Hotel:
Bad news first? O.K. 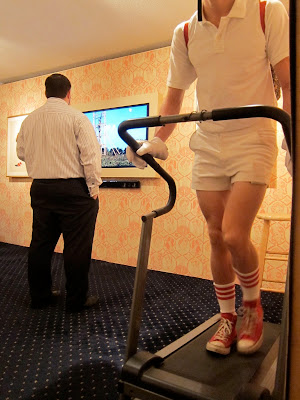 The layout was less than ideal. Believe me, I was one of the people booing all those Debbie Downers who were complaining about the location. I mean, let's not kid ourselves into thinking that existing international art fairs are clean-handed in the commodification of art category, and it's just plain sad that our Nation's Capitol shouldn't have a piece of the pie. So I was really crossing my fingers for this one!
As it turned out though, the psychology of the space overshadowed much of the work presented in it. For one thing, it was a logistical nightmare. People were crammed into elevators, narrow hallways and hotel rooms, trying not to knock the art off the walls. Worse though was the unshakable feeling that you were checking into a poorly-decorated "boutique" hotel in the middle of a shifting neighborhood. It bled into the work.
The good news?
The set-up in the hotel lobby allowed a little more space for visitors to interact with the art. 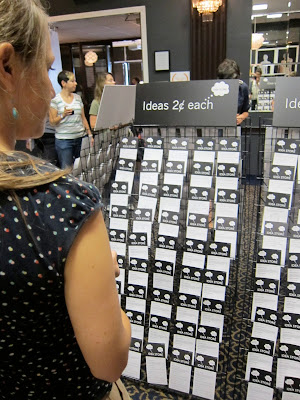 Most importantly though: The Fair provided a platform to show the work of a couple truly fantastic artists.


Overall, I think that the Fair can be counted as a step in the right direction. I applaud the incredible efforts of its organizers for rolling the bolder of art up the mountain that is Washington, D.C.
Posted by nicole at 5:44 AM No comments: 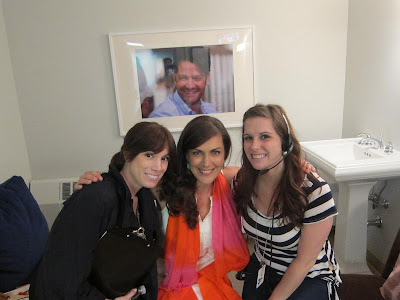 * Nate is just as dashing and warm in real life as he is on TV. (I'm pretty sure I spent my entire time in front of the camera staring a little too intensely into his eyes.)
* So are his producers and production assistants. (See above picture for evidence.)
* The "Green Room" is in fact white, but comes fully stocked with snacks, cable, and oddly, a sink. (Again, see above image.)
*  Nine hundred thousand hours of prep work +  a team of a trillion and six people = two minutes of television entertainment.
* Actually, if real live famous people are scheduled for the same show, you better make that one minute.
* That one minute was quite possibly the most thrilling and terrifying minute of my existence thus far. (Too much?)
Posted by nicole at 3:41 PM 1 comment:

{Every week I post an image of an interior that reminds me of a work of art either in its palette, composition or mood.}
Posted by nicole at 12:36 PM 2 comments:

Email ThisBlogThis!Share to TwitterShare to FacebookShare to Pinterest
Labels: Lazaro Rosa-Violin, monday match, Rene Magritte, rooms that look like art, train coming out of the fireplace

Living in a Painting

I was flattered to find out that Jennifer of "DC by Design" mentioned me in a post that she wrote on well-curated spaces. It got me thinking about the relationship between art and interior design.
Yes, they are two entirely separate things. Still I think that we would all be a heck of a lot happier if we treated the spaces that we spend so much of our lives in as works of art. That is one of the reasons that I post the Monday Match every week. 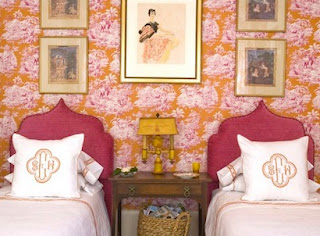 Don't get me wrong. Life is not picture perfect. We all have a gazillion absolutely necessary, functional objects in our live and work spaces.

My point is that thinking of our environments as potential works of art allows us the freedom to choose the best of those necessities for our particular circumstances. We have the ability to create a tone for these places, and that, my friends, effects how we live and work in them.

Too abstract? O.K. Look at a room as you would a blank canvas. Think of the function of the space and the mood that you want it to inspire. You can use a particular object or idea as inspiration for the color palate, textures, furniture placement, etc. Plan out a rough composition for how you want the room to look. Try your best to only allow objects and information into the room that serve the idea and function that you are shooting for. Then let loose and follow the muse!

Email ThisBlogThis!Share to TwitterShare to FacebookShare to Pinterest
Labels: art and design, buzz, curated spaced, DC by Design, living in a painting, Nate Berkus, why I do the monday match

It's easy to be creative. It's not so easy to drive your business. Tim Ferris and Chase Jarvis cut it down to the bones here.
This video is a little long, but I highly recommend it for artistic entrepreneurs or anyone interested in running their own business.
Posted by nicole at 6:14 AM No comments:

One of my best friends is a fantastic photographer who had a big birthday recently. I'm going to give you a sneak peak of her birthday present -- ssshh!!! (Marcie Revens, if you are reading this, abort mission immediately!) 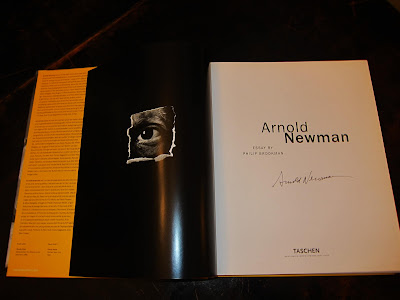 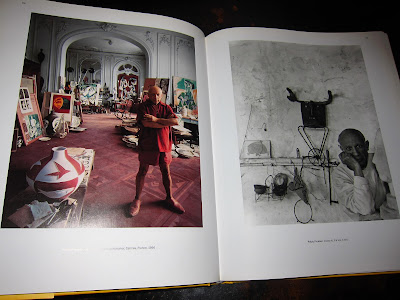 This book is a collection of the iconic portraits of photographer, Arnold Newman. It was signed by the photographer and gifted to artist, Jacob Kainen, and his wife by The Corcoran Gallery of Art. Newman is associated with the development of environmental portraiture and the photographs of artists and public figures in this book speak to the power of that style. I can't wait to give it to her!
Posted by nicole at 7:03 PM 1 comment:

{Every week I post an image of an interior that reminds me of a work of art either in its palette, composition or mood.}
Posted by nicole at 3:56 AM No comments:

Friends, the weekend is here!
If I missed anyone last weekend who is still hoping to find a piece of art for the home or holidays, you can find me this Saturday at Periwinkle. I will be doing some on-sight painting as a part of the annual Chevy Chase Day celebrations. Any brave soul care to volunteer their face for a portrait sitting? Reward includes your likeness sketch-painted by Yours Truly.
Posted by nicole at 4:33 AM No comments:

Posted by nicole at 6:05 AM No comments:

Email ThisBlogThis!Share to TwitterShare to FacebookShare to Pinterest
Labels: art and advertising, Chris Brown, Gene Kelley, got milk?, singin' in the rain

Imagine rushing home from work with your mind swirling around all the details of your complicated life.
Would you notice?
Posted by nicole at 7:29 PM 2 comments:

The Pinnacle of My Career 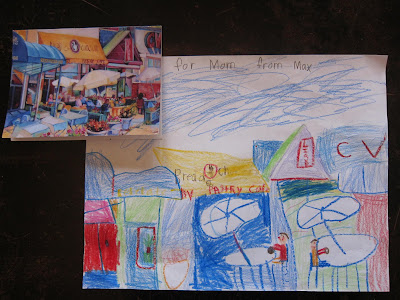 {Every week I post an image of an interior that reminds me of a work of art either in its palette, composition or mood.}
*Both this room and painting feature a worn, wooden central beam and rustic Spanish vibe.

* Thanks to everyone who came out to visit the Yoga Arts Market! The day was a HUGE success!

Happy Early Weekend, Friends! (I have to put in a long day at the studio tomorrow). Last Saturday, my sweet little loves treated me to a birthday breakfast in bed. This Saturday though, I will be up bright and early setting up for the Yoga Arts Market. I will have limited-edition prints and greeting-card packages of my DC cityscapes for sale, among other things. There will be music, food and loads of different vendors to browse. It should be a fun afternoon and I would love to see you: so even if you are not in the market for any artwork, please stop by to say hello!
Saturday, September 10, 2011
2:00-6:00pm
at
Circle Yoga
3838 Northhampton Street, NW
Washington, DC 20015

Posted by nicole at 5:01 AM No comments:

{Every week I post an image of an interior that reminds me of a work of art either in its palette, composition or mood. Enjoy!}
Posted by nicole at 9:49 AM 1 comment:

Not only is it the start of a luxurious three day weekend, but it's also my birthday! Can it get any better?! In celebration of that fact, here are three artists and their vaguely birthdayish work: 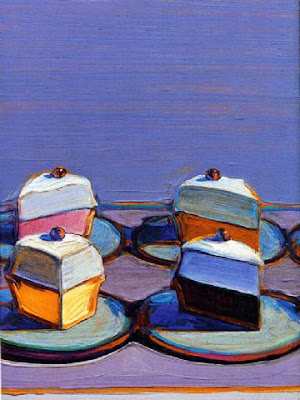 1.Wayne Thiebaud and his cakes (all of them!) 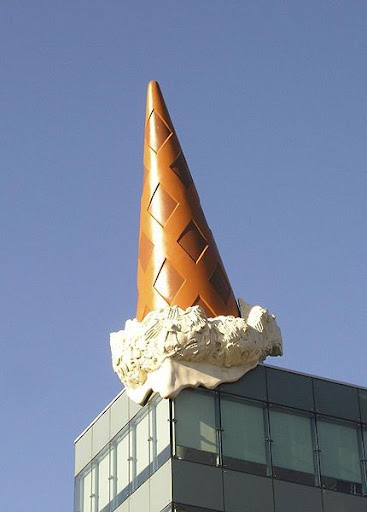