Happy early weekend! I'm flying to Atlanta for the Portrait Society of America's Art of the Portrait Conference this weekend. I have been to the Sunday session once before, but this year I was the lucky winner of the complimentary tuition drawing for the whole conference!

By far the best part of my week though was my sisters' announcement of the birth of her first son! Welcome to the world little man!


There is nothing like the hope that a new life brings. Happy Weekend, Friends!
Posted by nicole at 6:58 PM No comments:

Want to be an expert in your field? Well, it seems there are two ways of going about the process of perfecting your craft: Rigorous Study and Following the Muse.


Free-form dancer, Lil' Buck, and the multiple Grammy®-winning cellist, Yo-Yo Ma,  collaborate in this performance to show us the two methods side by side. Yo-Yo Ma started studying violin at four years old, and went on to earn degrees at Julliard and Harvard. (Rigorous Study example numero uno.) Lil' Buck is the stage name of Charles Riley, a twenty-two-year old L.A.-based street dancer who uses a Memphis-born style called jookin'. It reads like a cross between ballet and hip-hop, and is considered a form of self-expression that is a response to the harsh realities of inner city life. In other words, it may be choreographed, but the Muse is Leading the way in this form. These two artists approach their work from two very different angles, but their results are equally astounding.

Remember the scene from Ferris Bueller's Day Off where Cameron is starring at a painting, and the camera moves in closer and closer until all you can see are dots of color? (If not, pause reading and watch immediately.) Well my friends, that painting is a perfect example of Pointillism, the original Rigorous Study champion of the visual art world.

Now contrast that with Paul Gauguin leaving the center of the art world for primitive Tahiti in order to make authentic art, unspoiled by cultured society -- total Following the Muse move.
You see where I'm going here.
The interesting thing about these two potential paths two success though, is that they are not mutually exclusive. On the one hand, you need to know the rules in order to successfully break them. On the other, work that is all technique and no spontaneity is lifeless.
Posted by nicole at 7:01 PM No comments:

I hope everyone is having a beautiful spring! We are back from our Easter trip now, but this photo series is still rad. 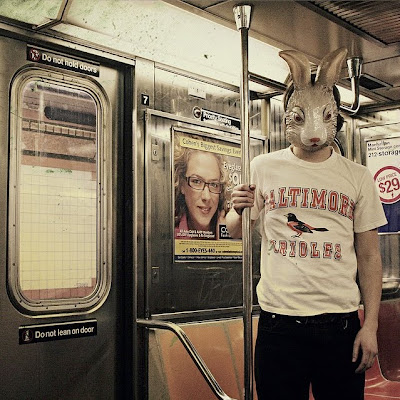 You can read a little about her here.
In other news, while yanking dandelions out of my yard today, it occurred to me that I have officially become a cranky old person.  What do you call them: flowers or weeds?

Posted by nicole at 7:03 PM No comments:

Posted by nicole at 6:22 PM No comments:

Email ThisBlogThis!Share to TwitterShare to FacebookShare to Pinterest
Labels: Austin Kleon, look on the bright side

A Monday Match in honor of my best friend on her birthday:

Have an Extraordinary Weekend!


May even your smallest actions feel great!
Posted by nicole at 4:31 AM No comments:

Email ThisBlogThis!Share to TwitterShare to FacebookShare to Pinterest
Labels: image via http://thebeanandthebear.tumblr.com

Want a little taste of what I have been work on between commissions? 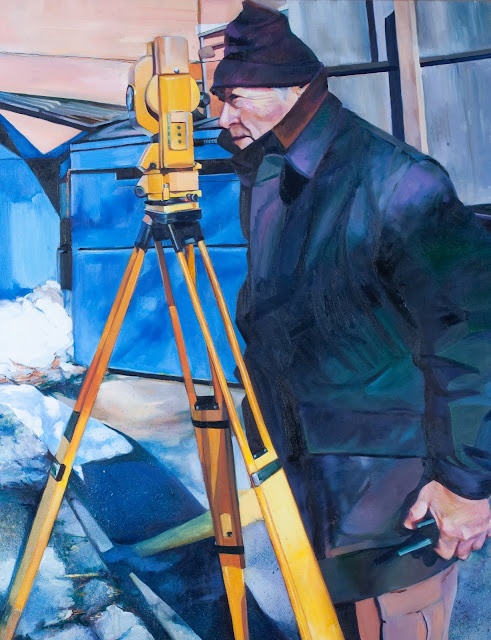 Here is one of the large paintings that I will show as a portrait-instillation series focusing on the psychology of observing and being observed.
Posted by nicole at 2:15 PM 4 comments:

Email ThisBlogThis!Share to TwitterShare to FacebookShare to Pinterest
Labels: psychological portraits, Things I've been working on

A Lesson in Advertising

Like the Hardcore History posters,  NY artist, VH McKenzie learns that all press is good advertising. The cash-strapped MTA demands that she remove her small paintings on subway cards from her Etsy shop, the story goes viral, and she sells out of her previously unrecognized work. Check out the full story here.

Posted by nicole at 3:48 PM No comments:

Posted by nicole at 6:12 PM No comments:

Posted by nicole at 6:32 PM No comments:

Email ThisBlogThis!Share to TwitterShare to FacebookShare to Pinterest
Labels: burried in laundry, when work takes over

Don't Be a Slouch

Friends, I have a new car and it practically drives itself, it is so fancy. (OK, compared to what I'm used to driving anyway!) Now, I'm not going to lie. On the way home from the dealership, I may have called my husband via bluetooth while he was sitting next to me, just because I could. I may also possibly have mentioned during said car ride that the seat warmers were my new reason for living. Later though, as I pulled up in front of the studio and realized that I neither had to turn off the lights, nor remove a car key form the ignition (automatic! keyless!), I couldn't help think guiltily of Mathew Crawford's Shop Class as Soulcraft.
I've mentioned this fantastic book before, so I won't lecture now, but suffice it to say that Crawford is an advocate for hands on experience as the basis for knowledge. In practical terms this means that if we get used to our cars beeping as we back up, we eventually learn to turn off that part of our brain that assesses the distance between our bumper and the other car's. What's the big deal you ask?
We already know that reliance on GPS for navigation tends to decrease our geospatial abilities, and social media is shortening our attention spans. So what? Standing up straight is hard work, and slouching is so much easier, right? Wrong. It's only easier until you realize that you have chronic back pain and a hunchback from a lifetime of failing to put those posture muscles to work...which brings me to my new studio practice.
I've decided to spend a couple hours every week looking only at my subject and not at my canvas while I'm painting. We all have ideas about the way things "should" look, and sometimes those notions preclude us from noticing how they actually look. These visual shortcuts become the crutches we lean on to avoid the hassle of really seeing what's in front of us. So I'm kicking the slouch out of my artistic practice, and putting my seeing muscles back to work. Wish me luck!
Posted by nicole at 6:03 PM 1 comment:

Posted by nicole at 4:19 PM No comments:

Email ThisBlogThis!Share to TwitterShare to FacebookShare to Pinterest
Labels: Bernhard Gutmann, dark walls with fireplace, monday match, rooms that remind me of paintings

The Weekend Is Here!

Posted by nicole at 3:44 PM No comments: